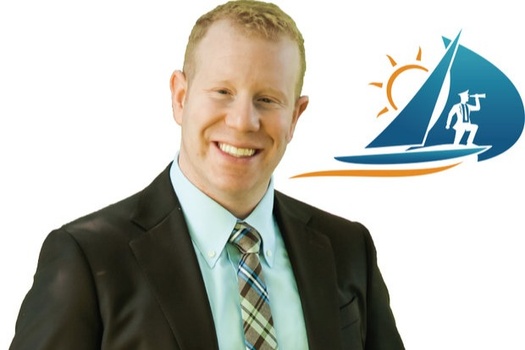 In 2003, David graduated from Washington University in St. Louis with a double major in finance and accounting. After hearing a guest lecture from a local financial planner, David was inspired and had an inkling that this profession was for him. He officially started his financial advisory career the year after with the firm now known as Ameriprise Financial.

Over time, David developed an entrepreneurial spirit and launched The WealthPlan in 2011 as an independent advisor. In addition to being a CERTIFIED FINANCIAL PLANNER™, he holds both the Chartered Financial Consultant and Charted Life Underwriter designations.

David spent the first 40 years of his life in Long Island, NY, and then relocated to Florida in 2021 with his wife Diana and newborn daughter Sophia (lil’ Soph Sophs).

Outside of work and family, David has many varied interests. He is a music lover and is constantly exploring new artists on Spotify. David has been dancing for fun since childhood and used to break dance in a university club. He hit his peak of “fame” by appearing on Season 2 of “So You Think You Can Dance.” In short, he is a fun party guest. Of course,

David also enjoys watching TV shows and films, with his favorite subgenres being action, horror, and martial arts. Being a travel lover, he has been privileged to visit over 15 countries. His favorites include Africa, New Zealand, and Ireland. Lastly, he has performed stand-up comedy a handful of times since he enjoys making people laugh.